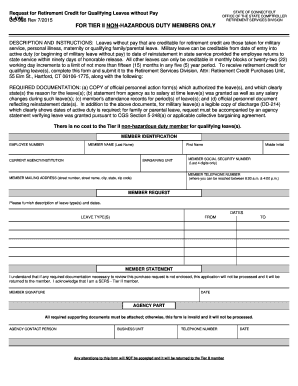 Welcome to the United States Air Force subreddit. Feel free to discuss anything about the Air Force or military in general. Your post will be deleted if you post it anywhere else.

We are all here to help or get help. Please keep it civil. Encouraging or suggesting suicide, even in a joking way, will result in an instant and permanent ban. Photos of people in uniform should be a public figure, or related to a news article or current event.

Other photos of people in uniform should have their face and name tape obscured in some way. No making fun of people based on their appearance or personal attacks.

I tried submitting for leave last week using LeaveWeb for leave starting tomorrow. LeaveWeb lezve not working, but I was overseas so I figured it might have been our network. So I said screw it. I passed it off to my supervisor for him to pass onward to the CSS for processing. So, until the Air Force decides to fix their broken system, submit paper copies of your leave request as a much easier alternative.

One of the things I love to do when talking with Army compatriots is mention the issues with getting java to work on leaveweb, so sometimes it takes 10 minutes lfave get leave approved.

Watching them get whiplash from the fact that it is “too easy” in the Air Force is hilarious. I used to be a dick. I still am, but I leavd then too. Yeah, I’m in a Joint unit, so the Army-way runs deep here. I was surprised there was no kickback.

But there wasn’t a lot they could say. The form is valid and LeaveWeb was not working. My unit straight up told me they do NOT accept s and that submitting through Lleave is the only option we are allowed to use. When LeaveWeb is broken, they say “just find a computer that it works on”. Whereas “” is mentioned 20 times. LeaveWeb simply generates a You’re saying almost verbatim what I said. The Commander’s secretary, however, doesn’t give a fuck about us and our silly AFIs.

It looks like you mentioned an AFI, form or other publication without linking to it, so I have posted a link to it. Yes this is exactly it. Just an “easy” way to create a DJMS is the actual system where all things military pay is maintained.

What is up with LeaveWeb? : AirForce

I know this is kind of a joke meme, but, seriously. Last time it took me over a week to get leave approved through Leaveweb. It is absolutely broken and nobody seems to give a shit. It’s absolutely not a joke. It’s a viable and allowed alternative that I used today with no issue.

I am a SNCO in a special unit so your mileage may vary, but according to the letter of the law, you should be fine to use it when LeaveWeb is unavailable. I just go home and submit my leave cause I’m not a fucking idiot that dicks around with a computer all day to use leaveweb.

I filled out a as well but my supervisor and CSS stared at it like cavemen, not sure what to do with it.

If your supervisor gives you any hassle, just let them know that it’s literally the same form. It may be a little more work for a CSS and may require a little more time than LeaveWeb normally would, but is very little work for a supervisor. I opened a ticket for java issues. Quick call from comm resulted in java being pushed again and Leaveweb working. Way easier than logging onto different computers to find one that works. This works great when you use the same computer all the time.

No one really reports all of the problems them so eventually Java quits working on all of them. I still want to know what was wrong with the leave web prior to this DBsign loading shit.

It always worked fine before that. No one seems to know why it was replaced. Someone said something about the fact it couldn’t be audited in a comment once, and gorm someone said the contract lapsed Until your supervisor forgets to pass it off to the CSS and when he finally remembers, you’re starting leave and the CSS is closed for: You’ve spun the wheel of Air Force excuses, here’s your prize: Had a supervisor once who said paper s could be submitted to him, held, and then ripped up after a safe return from leave.

I’m not certain, but not while I was there. I never got to take advantage of that situation. It was during a joint assignment and this CW3 said it was a good way to take care av988 folks. Use of af9988 site constitutes acceptance of our User Agreement and Privacy Policy. Log in or sign up in seconds.

Friendly bashing between jobs is ok, as long as it doesn’t go too far. Welcome to Reddit, the front page of the internet. Become a Redditor and subscribe to one of thousands of communities. AirForce submitted 1 year ago by shx Comms.

The whole thing took 2 minutes, was super simple, and I didn’t have to wait on Java to load. Want to add to foem discussion? So, it sucks that you were told this. Your unit is wrong. I am a bot, this was an automatic reply.

Only Sgt Snuffy can sign that form, but he’s on vacation until next week Source Subreddit. Did your supervisor ever get caught?